The ayurvedic uses of honey

Honey is a sweet, viscous food substance made by bees and some related insects. Bees store honey in wax structures called a honeycomb. Honey gets its sweetness from the monosaccharides fructose and glucose, and has about the same relative sweetness as sucrose (granulated sugar).

Honey has been used for thousands of years for its health-promoting properties. The ayurvedic classics, over 2,000 years old, often mention honey, and it was regularly used to make medicines.

According to the classic writers, honey has two primary tastes – sweetness and astringency. The sweetness is nourishing and pacifies Vata and Pitta, and the astringency is drying and promotes healing, and is balancing for Kapha in moderate quantities.

Honey has traditionally been used for wounds and burns, and modern research has found that New Zealand manuka honey is especially useful for treatment of burns. It is also used in skincare products because of its astringency and nourishing properties.

Honey is used in ayurvedic eyewashes and eyedrops. In fact, part of treatment for eye diseases is placing a drop of honey in each eye, and sitting facing the sun with the eyes closed. This is said to cleanse, nourish and heal the eyes.

Applied daily over the teeth and gums, honey cleans and gives sparkle to the teeth. It prevents the deposit of tartar at the base of the teeth, and, being a mild antiseptic, it prevents the growth of harmful microorganisms. Gargling with honey water is very useful in gingivitis due to inflammation of the gums.

Honey is said to boost digestion (agni) and penetrate the tissues, hence its use in medicines. It is used in many traditional cultures with lemon and hot water, as a digestive cleanser, and as a support for coughs and colds. The astringency dries up phlegm and mucus.

In order to benefit from the antibacterial benefits of honey, it is recommended to use New Zealand manuka honey with a high antibacterial rating – UMF of 20+ or MGO of 500+. Be careful to choose a reputable brand as there are many imitations around!

The ayurvedic classics have some warnings about honey. According to the ancient writer Charaka, cooking honey makes it toxic! Also, consuming honey and ghee in equal quantities is considered bad for the health. There is no modern evidence to support this, but it is something to note.

Honey is a great addition to your diet for maintaining health. Look for honeys that have been cold-extracted (raw), for example from Earthbound Honey. Good quality honeys have pure flavours of the flowers they come from, are not too runny, and often have crystals in them. New Zealand produces some of the best honey in the world, with delightful flavours and strong healing properties.

Dr. Priya Punjabi is a ranked Ayurvedic practitioner in New Zealand, having represented the nation on National TV and at the International Health Convention. Dr. Punjabi earned her Bachelor of Ayurvedic Medicine and Surgery (BAMS) degree in 1989, at the prestigious University of Pune, under the Tilak Ayurveda Mahavidyalaya School. 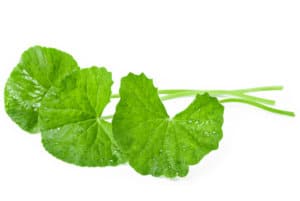 You can have a consultation with Dr Priya, anywhere in the world!

For regular Ayurvedic health tips. We respect your privacy.

Previous: Caring for your skin in Winter